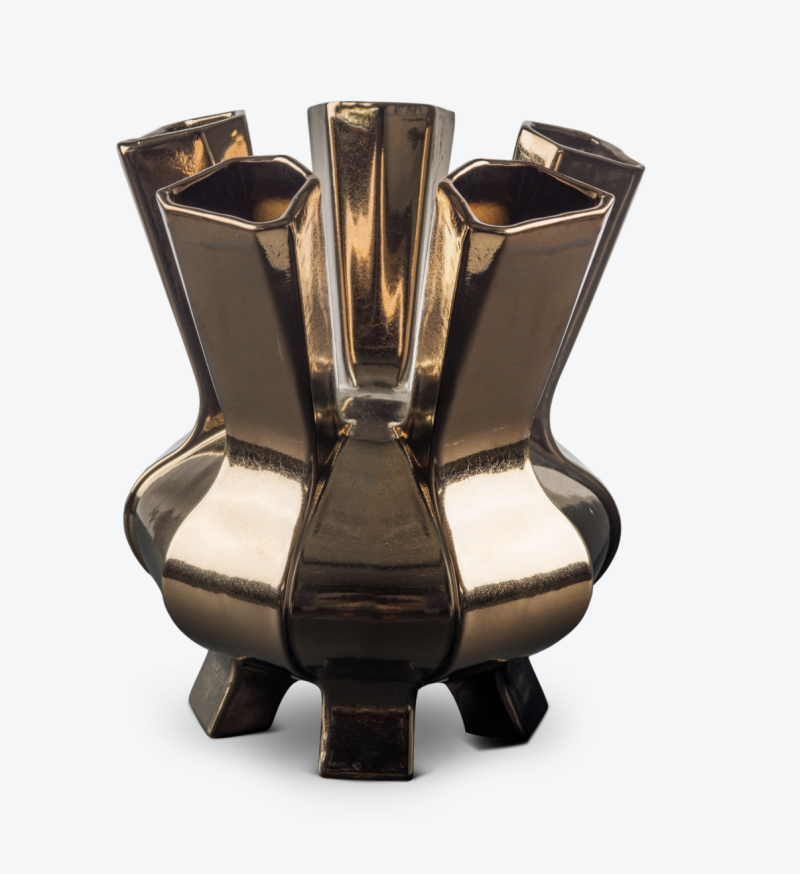 The Puyi Vase is the result of our second collaboration with well coveted Dutch designer Roderick Vos. Every line, curve, shape and form of the vase has been carefully thought through in relation to its primary inspiration, which is The Imperial Palace, also known as the Forbidden City or "Gugong". The Forbidden City was the imperial residence and centre of the kingdom during the reign of 24 emperors, 14 in the Ming and 10 in the Qing dynasty resided and ruled from this palace for 491 years until Puyi, the last emperor of the Qing dynasty and of China.It is now the largest and best-preserved ancient architectural structure in China.

Colour may vary by item, as each piece is individually hand made